Get the scoop on Murph’s Service Station before its grand opening on Monday, Sept. 15!

Last night, I had the opportunity to be one of the first to experience Murph’s Service Station, a new restaurant concept from the talented, creative and intriguing Richard DiSisto, founder & principal of the Vantage Restaurant Group. It’s so new, it hasn’t even opened to the public yet! The grand opening is set for Monday, Sept. 15, so check out the exclusive scoop right here before the doors open to this highly anticipated food & drink establishment.

Although he owns a series of other notable restaurants like Tipple & Brine and Tunnel Bar also on Ventura Boulevard, when DiSisto sat down with me at the bar to chat about his newest concept, he insisted, “I don’t like to be called a restaurateur. I identify more as an artist.”

That makes sense, especially once he revealed that he builds the entire concept himself, and lets his creative vision lead him through the process. “I don’t know what it’s going to be like until I enter the space… and I don’t fully ‘get it’ myself until the last screw is in.” He continued, “Actually, I didn’t even ‘get it’ with Murph’s until last night when I came in at 1 a.m. Now I get it. Let the people make it what they want now.” 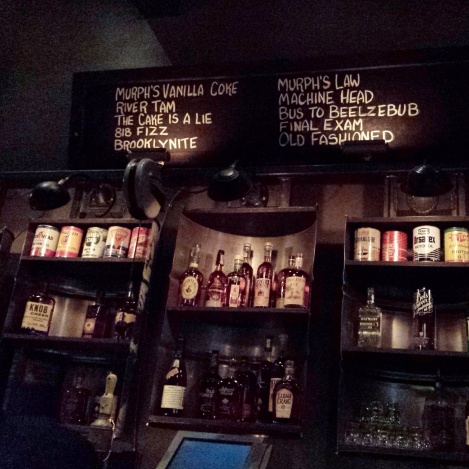 A sneak peek at the bar design.

When I asked him what he’d order first from the bar, he replied without skipping a beat: “Vodka soda,” and smiled. From past successes, DiSisto has found that by focusing on creating an environment that people want to come back to just to hang out, that’s what truly creates a lasting model in this industry. “Ambiance is everything,” he stated.

He went on to explain to me the unique backstory to his concept, as Murph’s is supposed to be a deserted art deco service station from the 1930’s, and that he bought it and restored it to open up in the postwar heyday of the year 1946. What a cool vision, right? Once you go, you’ll get it. It has a great vibe, with super service from bartenders and waitstaff alike.

Our bartender, Victoria, was a true rockstar serving equally strong drinks and entertainment throughout the night. We had planned on moving around more throughout the night, but Victoria and her super cool mohawk kept our booties planted firmly in those seats for a good part of the night!

Check out the names of those cocktails! Pictured: The River Tam.

Speaking of the bar, I loved the names of the drinks, like “The Cake is a Lie” and “Bus to Beelzebub.” The ingredients, all housemade, like their pickles, charcuterie and ice cream, were also unique and well-balanced. The “River Tam” with tequila and habanero syrup was a good one, as was “The Cake is a Lie” (besides just the name!). Try the latter with the pickles. It pairs great.

It’s not a surprise that their cocktails are solid (figuratively, not literally!) since their bar consultant is a chemistry expert. One of their drinks has this unique habanero-cherry hybrid garnish called a “Habcherinio,” and I was OBSESSED with it (see video above). Victoria said they got it in downtown, so I definitely need to go get me some of those when I can’t drive up to Sherman Oaks.

They use a nose-to-tail no-waste approach, which leads to a mean charcuterie spread. 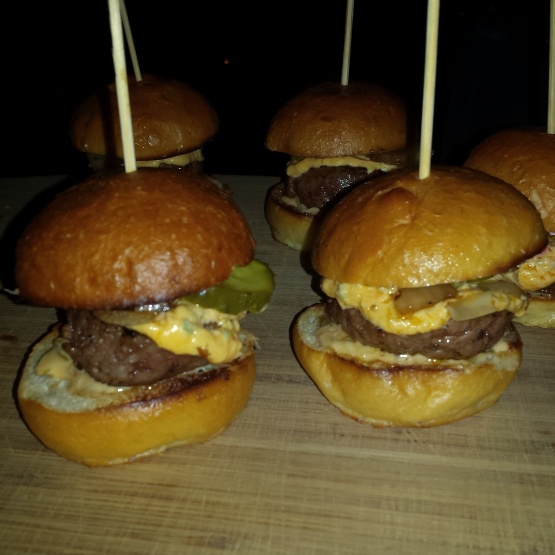 Back to those potato puffs, though. They were like light, pillowy, melt-in-your-mouth clouds of mashed potato fried to a gold crisp, sprinkled with parmesan cheese and chives. This is where making friends with the bartender really pays off, folks. Victoria revealed to us that the secret to making them so light and scrumptious is that there’s pâte à choux (the same dough that cream puffs are made of!) mixed right in with the potatoes. What a cool idea! Definitely a must-try when you stop in.

Potato puffs made with a surprisingly cool ingredient!

Another fun fact from Rich DiSisto himself: it took him just seven weeks from conception to opening Murph’s, and six weeks to open Tipple and Brine. Talk about drive! Keep an eye on DiSisto, as he aims to open a new restaurant concept every six months. We can’t wait, Rich!

Murph’s is located where Mad Bull’s Tavern used to be: 14649 Ventura Blvd. Sherman Oaks, CA 91403. Check out the video up above, and you’ll know why venturing to the Valley (we drove 100 miles roundtrip!) is so worth it for this new gem. Stay tuned to Tanaya’s Table for more restaurant news and videos. Cheers!